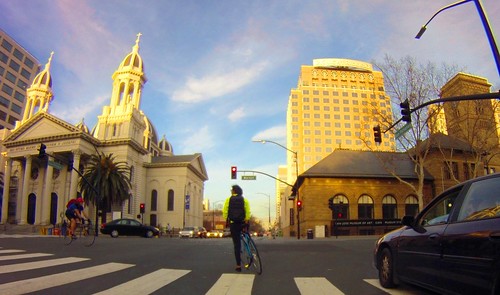 Thumbs up to those crazy winter cyclists in Hartford, CT.

Iowa considers a red tail light law for cyclists. The conversation among legislators as reported in the news article seems reasonably well informed.

“The sun was in my eyes,” but police officer was still arrested for negligent homicide after he hit a cyclist on the Big Island.

California vehicular traffic fatalities roar in like a lion for the month of March, with seven fatalities reported in CHP jurisdiction at the time of this writing. Somebody alert Carol Liu to this problem.

Bike safety seems to be a thing for sheriffs candidates in Jacksonville Florida, and in a positive way. Two candidates have even been members of the sheriff bicycle patrol.