“Vitamin I” has entered the lexicon of many athletes — including casual, recreational and pros — who pop a few hundred milligrams of ibuprofen as a pain prophylactic before working out or competing to reduce the pain of intense exercise. 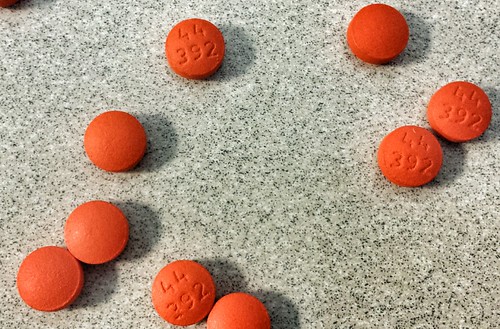 Growing evidence shows this practice of dosing yourself before and after every workout may not only be ineffective, but it’s probably a bad idea.

The US Food and Drug Administration now warns consumers that daily dosing of certain non-steroidal anti inflammatory drugs (NSAIDS, prounounced “ENN saids”), such as ibuprofen and naproxen, are known to increase the risk of heart attack and stroke. Aspirin is another NSAID, but the warning does not apply to this drug.

Research shows the absolute risk of using NSAIDS is low, but risk increases with higher doses and frequency of use.

FDA added a boxed warning to prescription drug labels for this risk in 2005. More recent data and information are prompting FDA to update NSAID labeling. Today we know that the risk of heart attack and stroke may occur early in treatment, even in the first weeks.

Drugs such as ibuprofen and naproxen reduce pain in part by decreasing the body’s inflammation response. This also, unfortunately, increases the time it takes to repair damaged tissue, paradoxically prolonging the discomfort.

I am not a physician; this is not medical advice. Full press release with additional information from FDA: FDA Strengthens Warning of Heart Attack and Stroke Risk for Non-Steroidal Anti-Inflammatory Drugs.