Richard MasonerJuly 6, 20154 Comments on Where are good road cycling routes around Santa Cruz?

I parked bikes at a street fair the other weekend in Capitola, CA where three people told me they were visiting from out of state, heard the riding was wonderful in Santa Cruz so they brought their road bikes. “Where should we ride?” they asked. 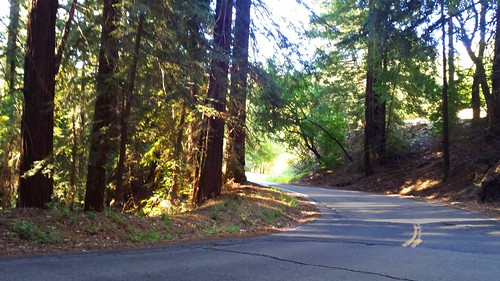 I pointed towards the Santa Cruz Mountains and suggested “Pick a road and go up. You can’t go wrong.”

That’s mostly true, but some roads are better than others. Maybe you’d like to do a loop without getting lost. Several roads are dead-ends, and maybe you’d rather not ride an out-and-back. A few of those roads can be a little bit sucky with traffic. How can you find those roads?

created by local cycling hard man Ray Hosler with Chronicle Books. Several local cycling shops carry either this card deck of Bay Area bike rides, which also covers a few popular Santa Cruz County routes, or the paperback book. Ray gives a wealth of insider knowledge on each of these cycling routes in his guide.

I live in Scotts Valley so most of my riding is centered around the north and west portion of Santa Cruz County. I often ride up the infamous Mountain Charlie Road and descend down either Zayante or Soquel San Jose Road. Another personal favorite is up Felton Empire, then down Ice Cream Grade to Bonny Doon and returning to Santa Cruz via the coast on Highway 1.

Where do you like to ride in Santa Cruz County?