Richard MasonerApril 6, 20165 Comments on I haven’t talked about carnage in a while 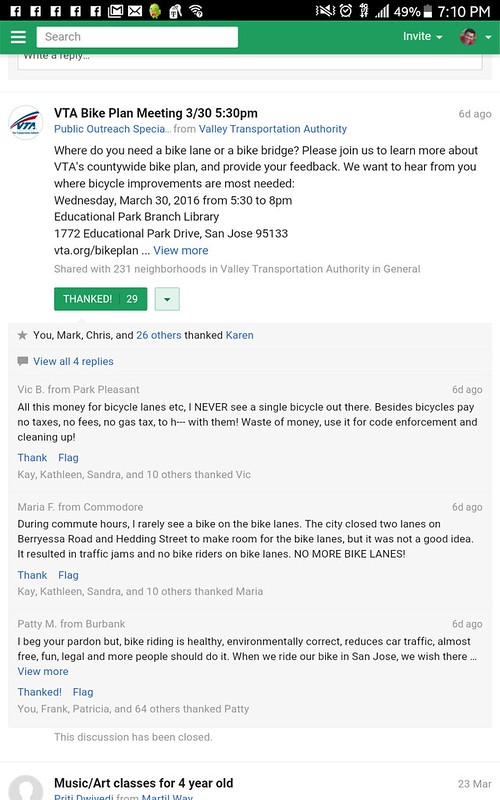 Yesterday morning in San Jose, CA, the asshat in control of an Audi S7 (an $80,000 car) drove his car like they show in advertisements and made an illegal left turn directly in front of a VTA light rail train, ruining the commute for thousands of other people and sending himself to the hospital.

This morning in Mountain View, a driver plowed into several cars, sending at least four of them to the hospital.

Some guy flipped his pickup truck over on Main Street in Watsonville last night, because driving is so hard. Photo from Watsonville PD.

Police in Santa Clara attempted a traffic stop a couple of weeks ago shortly after noon but the driver fled; per local policy they didn’t pursue. A little later, the driver rammed two police cars, ran stoplights, and hit a pedestrian in Los Gatos.

Everybody in Santa Cruz have been talking about the two people killed in a head on collision on Highway 1 near Moss Landing. 19-year-old UCSC student Lynnea Hernandez, who is in jail awaiting trial for manslaughter, was driving a Lexus SUV apparently provided to her by her parents, no doubt because large, heavy vehicles are “safer” for young drivers.

Local firefighter loses her life in a head-on collision after she crosses the centerline on Highway 89 near Truckee.

Do your remember how everyone freaked out about the ACE train derailment in Niles Canyon last month, with several people saying they’d never ride that train because it’s too dangerous? A KTVU reporter covering the story was nearly taken out by an out-of-control driver who jumped the curb onto the sidewalk while video was running.

I could keep going forever with this. Just in the past 24 hours we’ve had at least five traffic fatalities in California: Vacaville, Walnut Creek, Mariposa, Fresno, and Carlsbad. This last one in Carlsbad was a vehicle-vs-pedestrian fatality.

There’s a certain weird morbidity when Google’s predictive search suggests death when I begin to type “carlsbad I-5”.

But hey, let’s focus our Vision Zero and bicycle promotion efforts on bicycle enforcement and distracted pedestrians. Have a nice day!