Richard MasonerMarch 28, 20162 Comments on Yet Another Study shows link between driving to work, obesity 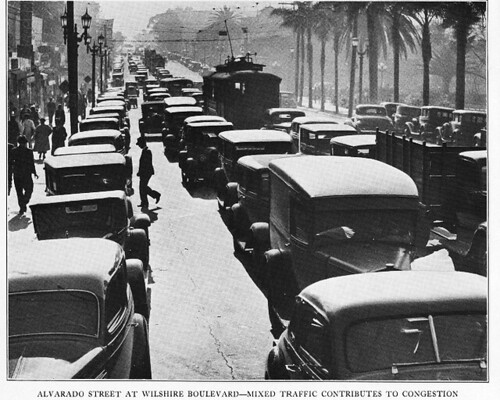 In the largest study of its kind, British researchers found adults who commute to work via cycling or walking have lower body fat percentage and body mass index (BMI) measures in mid-life compared to adults who commute via car, according to a new study in March 16 2016 issue of The Lancet Diabetes & Endocrinology journal.

The study looked at data from over 150000 individuals from the UK Biobank data set, a large, observational study of 500000 individuals aged between 40 and 69 in the UK. The study is the largest to date to analyse the health benefits of active transport.

The strongest associations were seen for adults who commuted via bicycle, compared to those who commute via car. For the average man in the sample (age 53 years), cycling to work rather than driving was associated with a weight difference of 5kg or 11 lbs. The average 52-year-old woman who biked to work weighed 4.4 kg (9.7 lbs) less than her driving counterpart.

The link between active commuting and BMI was independent of other factors such as income, area deprivation, urban or rural residence, education, alcohol intake, smoking, general physical activity and overall health and disability. In other words, bus riders aren’t skinnier than than car drivers because they can’t afford to eat three squares a day.

“We found that, compared with commuting by car, public transport, walking and cycling or a mix of all three are associated with reductions in body mass and body fat percentage, even when accounting for demographic and socioeconomic factors,” said study author Dr Ellen Flint, Lecturer in Population Health from the London School of Hygiene & Tropical Medicine, UK. “Many people live too far from their workplace for walking or cycling to be feasible, but even the incidental physical activity involved in public transport can have an important effect.”

Writing in a linked Comment, Dr. Lars Bo Andersen, Sogndal and Fjordane University College, Sogndal, Norway, says: “The finding of a positive effect from active commuting is important, because commuting to work is an everyday activity that lots of working people need to do. Many people are not attracted to recreational sports or other leisure time physical activities, which are proven to benefit health, and active transport might therefore be an important and easy choice to increase physical activity and the proportion of people achieving recommended levels of physical activity. Physical activity during commuting has health benefits even if its intensity is moderate and the commuting does not cause high heart rate and sweating.”

According to the study authors, this study is the first to use UK Biobank data to address the topic of active commuting and obesity and shows robust, independent associations between active commuting and healthier bodyweight and composition. These findings support the case for interventions to promote active travel as a population-level policy response for prevention of obesity in mid-life.

Read the study abstract at The Lancet Diabetes & Endocrinology journal: “Active commuting and obesity in mid-life: cross-sectional, observational evidence from UK Biobank.” Payment is required for access to the full text of the research.