There are currently nearly 40 bills pending in the California Assembly related to bicycles and related transportation issues. Here are some important recent updates. 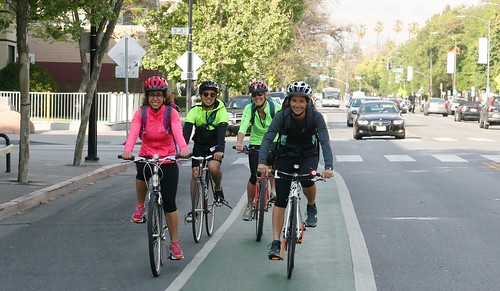 Traffic Level of Service Reform: Richard Bloom’s AB 1098 substitutes better performance measures compared to LOS, including vehicle miles traveled. Current law mandates a traffic level of service standards for a system of designated highways and roadways, a performance element that includes performance measures, and a 7-year capital improvement program. A city or county is required to prepare a deficiency plan when highway or roadway level of service standards are not maintained on segments or intersections of the designated system and is required to submit its adopted deficiency plan to the designated agency. AB 1098 removes those LOS standards, hurrah!

Helmet safety study? You’ll recall Carol Liu’s infamous mandatory helmet law was amended to completely remove the requirements for helmets and high visibility apparel, and became a bill to require the California Office of Traffic “Study” [sic] to study the issue and report to the legislature. Language like this is often taken as a request to let the bill die in committee while allowing the sponsoring legislator to claim she works actively to promote bike safety. Some observers took the “Office of Traffic Study” typo as further evidence of this. Liu, however, amended SB 192 earlier this week to correct the language and requested a hearing in the Senate Transportation & Housing Committee.

Red light instead of reflector at night: Kansen Chu’s white-flashing-tail-light bill became a flashing-red-tail-light bill, and was amended again on Wednesday. In its current version, a flashing red or steady red tail light can be used in lieu of the legally-required reflector when operating a bicycle at night. This bill makes good sense, in my opinion. 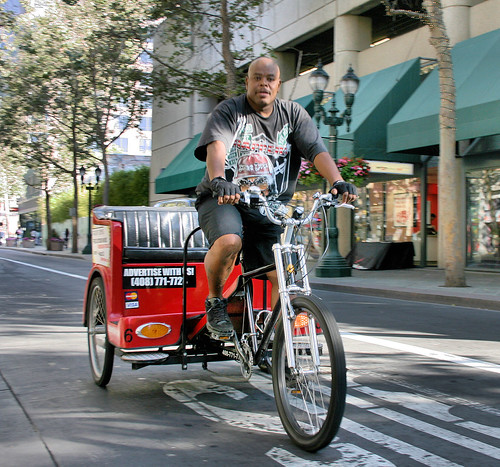 CA HSR and alternative transportation funding: A portion of the “carbon tax” collected by the California Air Resources Board is dedicated to funding the California High Speed Rail Project. SB 400 would further require that a portion of this CA HSR funding must go to environmental mitigation measures and projects that reduce greenhouse gas emissions from transportation sources, specifying (among other things) “alternative transportation options, including infrastructure improvements that support clean transportation, facilitate bicycle and pedestrian use, and connect bicycle and pedestrian routes to transit facilities.” 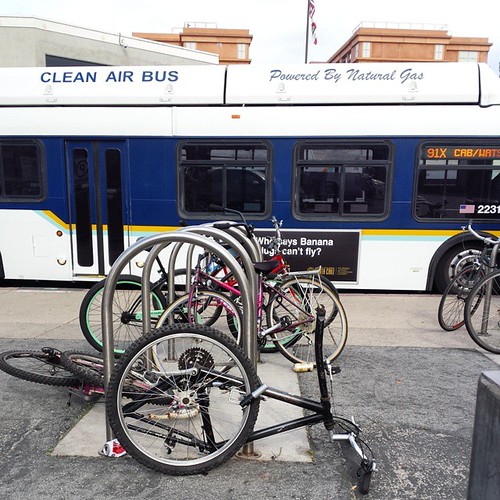 No earbuds: Cyclists and motorists are prohibited by state law from wearing “headsets” while riding. The SB 491 transportation omnibus bill expands this to include “earphones covering, resting on, or inserted in, both ears.”

LA River Greenway: AB 1251 declares the Los Angeles River as suitable for development as a greenway, which opens up funds for such development.

Finally, SB 389 looks like yet another CEQA reform bill, but I need to look at this in more detail.