You know when you’re just riding along at 20 MPH and some guy in a car at the cross road glances briefly past you before he blows through the stop sign and cuts you off?

Apparently, research shows that pedaling cadence is one of the factors motorists use to judge your speed. 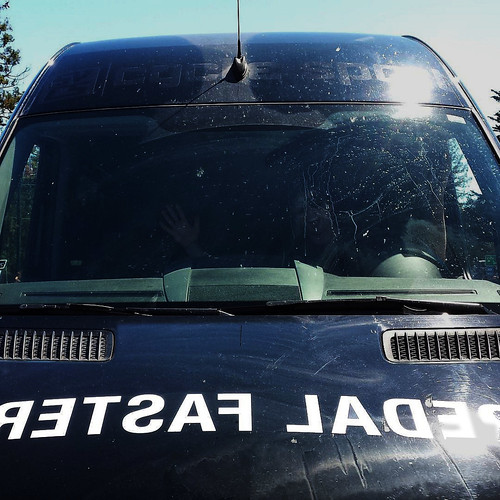 Dr Katja Schleinitz of the Cognitive and Engineering Psychology department at Technische Universität Chemnitz (Chemnitz University of Technology) in Germany, in research funded by the German Insurance Association, studied how people judged the speed of approaching people on bicycles in the context of conventional bicycles versus ebikes.

In the experiments, the research subjects watched videos of people approaching on bikes at various speeds and were asked to guess the cyclists’ time to arrival (TTA) at the moment the video was stopped.

One of the findings is that people got progressively worse at guessing arrival time the faster the cyclists were traveling, but those of us who ride fast already know that.

The surprising finding (to me) is that the test subjects apparently use pedaling cadence to judge approach time. The virtual motorists consistently misjudged the approach time of people on ebikes more than those on conventional bikes, even when they were traveling at similar speeds. The researchers noticed the ebike riders pedal more slowly than unassisted bike riders, and decided to run another experiment to test this hypothesis.

We hypothesized that the cause for this effect might lie in the seemingly reduced pedaling effort for the e-bike as a result of the motor assistance it provides. Experiment II was able to show that a high pedaling frequency indeed resulted in shorter TTA estimates compared to a low one.

In other words, motorists at intersections were slightly better at judging arrival time when the cyclist was pedaling like a madman. For better safety at intersections, then, do like my buddy Andrew suggests on the front of his van and pedal faster! Science proves it’s safer!

In a related study, the same group of researchers found an increased risk of German ebike riders at intersections compared to those riding unassisted. The researchers found the “the risk of being involved in a conflict was twice as high for e-bikes as for conventional bicycles” and noted that ebike riders tend to ride much faster entering an intersection than riders of conventional bikes do.

In the USA, the proposed solution from the trauma department running this study would be more regulation and education for ebike riders, nagging them to wear helmets and to watch out more for the other guy (just like I jokingly nag you to pedal faster for safety). The German conclusion, however, suggests something unimaginable in American culture — that all of us pay more attention: “The finding that e-bike riders are somewhat more at risk around intersections shows that under specific circumstances, other road users might still need time to adapt to this relatively new type of vehicle.“