Hi all and … Monday. Apologies for the extended radio silence.

I’m trying to force a cycling metaphor into love but I’m not sure it works. Cycling to the top of a mountain range is painfully slow, grinding hard work and, frankly, not a lot of fun. Experiencing your personal King of the Mountain feels great, and the descent that follows is fast and exhilarating.

Love also builds slowly towards euphoria. The swift descent from the mountain top happens stunningly fast; unlike with cycling, however, this descent is far from rewarding.

A buddy of mine saw this cyclist fatality in San Jose last Saturday. 26-year-old Paul Candeleria rode his bike across the intersection of Race and Parkmoor when he was struck by a VTA light rail train. This occurred a mile and a half from Stokes Street in San Jose, where 14-year-old Danika Garcia was struck by a train on the same Winchester line in 2014. I think this is our third cyclist fatality of 2017 in San Jose. The first occurred last March at Leigh & Coit when a driver struck a guy on a bicycle; while the second occurred on Quimby Road while the cyclist descended from Mount Hamilton after watching the Amgen Tour of California. My condolences to all involved.

The city of San Jose invites you to community roundtable and happy hour events next week to discuss bikeways.

A little birdy tells me the city of San Jose plans to demo a two-way cycletrack on 4th Street in downtown San Jose for one week, either this week or next. I presume this will be in the parking-protected bikeway between San Carlos and San Fernando along the SJSU campus. I and many others believe this should have been two-way from the start.

I admit as an irrelevant old fart that tattoos kind of a turn-off for me. This research showing that tattoos might hinder sweating has me thinking of a new, practical use: can we tat our underarms in lieu of a lifetime of antiperspirant application? How much would that hurt, and for how long? (H/T Hannah). 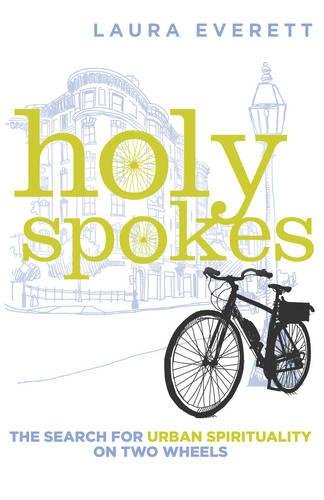 I’m currently reading Holy Spokes on the spirituality of cycling. I’ll let you know what I think later.